Spikes in data collected with rpi3

I have two different raspi3s in different locations, 100m appart in different buildings. Ruuvi Collector on both and they are collecting to my “own cloud” where I have InfluxDB and grafana.

In this picture I changed the location on garaget tag to the other location at the black line and as you see, after an hour I have spikes in both.

There are one difference in the RPI setups, the one at home has the ruuvi image, the other pi (problem pi) is made according to this guide: GitHub - bostrom/ruuvi-on-aws: Instructions and a Terraform project for setting up ruuvi-collector on a Raspberry Pi with InfluxDb and Grafana in AWS @bostrom

Anyone having similar problems? Any ideas how to fix this issue?

I have the same issue with a ruuviberry image updated to “Raspbian GNU/Linux 9.9 (stretch)”.
But the one at “Raspbian GNU/Linux 9.3 (stretch)” does not show those “spikes”.
For example battery voltage values can be as large as 64.438 volts, which is impossible considering that the nominal battery voltage of CR2477 is three (3) volts.
IMHO newer the Raspbian, more there are errors in the readings.

in english, otso believes that there could be several programs running that trying to use BT on the RPI and that could in some way create the bad data.

how can I be sure I don’t have several apps using BT, so I could eliminate that possibility for error? I’m no linux guru, in other words no ide how to check that from the console.

Do you have the most recent version of ruuvi collector? 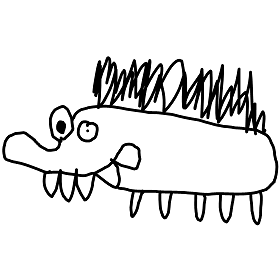 Scrin released this on Jun 26

++++++++
Although I frequently run multiple hcidump commands I have not seen this problem.

Can you find any errors in /var/log ?

I did some digging around and ended up here. I dropped the bluetooth uart speed to half, and it worked for me, e.g. no bluetooth errors in dmesg output in the last eight hours, and the spikes have gone from Grafana.

great, I made these changes this morning, let’s see how it works out. I’ll let you know.

no spikes since the change. Thanks!

Just to follow up, no spikes so far after the change.

That’s excellent news. FWIW I made this shell script to cleanup the spikes or invalid values, because I wanted to get rid of the spikes.

There are now two measurements in “ruuvi” database: