As of now, the Data Format with the highest precision is Format 3, which still has some room for improvement. The format 3 uses 14 bytes out of 24 bytes maximum, so ten more bytes can be added to that. Based on discussions on Slack, some ideas that could be added/changed:

Based on these, I have created a proposed next data format:

edit: NOTE! Scroll down for updated drafts, this one here is outdated.

Some notes/comments on this:

For sure I haven’t taken something into consideration, so please share your thoughts, comments, suggestions and ideas for this.

Well thought out format, thanks.

One possible need would be to include TX power in the format if the TX power is adjustable in future. Maybe battery voltage or packet counter could be reduced to one byte to make room for the power?

How you would like to implement the movement counter? Number of interrupts since last transmission or something else?

I agree, TX power would be useful, even if it’s not directly configurable, as different builds can exist with different TX powers.

I would prefer to have the movement counter as a counter that starts from 0 on tag startup, and gets incremented each time an interrupt is received, and when max value is reached, it will flip over back to 0 and continue from there.
Basically totally separate from transmissions, so that movements aren’t lost if one transmission is lost in between, and movements since last heard transmission would still be relatively easy to calculate, just subtract the previous value from the latest. (assuming the counter haven’t overflowed, though I’d imagine it’s unlikely if the transmission interval is short)
Only downside in that the movement counter is meaningless if only one packet is ever observed, though apps utilizing the non-Eddystone formats are more than likely to be listening to multiple packets per tag anyway.

Valid point. If I recall correctly, the limit for Bluetooth 5 is 20dBm, so 4 bits at 4dBm steps would nicely give a range of -40dBm to +20dBm, and I doubt anyone would ever need less than -40dBm on a Ruuvitag

I think setting TX frequency with read-only characteristic would be nice.

This is detailed at http://mybeacons.info/packetFormats.html#highres

Perhaps another “status data format” could be added later that would include things like the full MAC address, full HW ID, tag revision, sensor statuses (missing/enabled/disabled/broken/something), and other “non-measurement” data that rarely changes. Would be completely optional, but firmwares and applications supporting this could then show additional information about the tag itself. Thus this format could be broadcasted (if wanted) for example once every 10 packets or even more rarely (to save battery), as that’s information that rarely changes.

How is the MAC acquired?
The definition of the MAC is in the format MM:MM:MM:SS:SS:SS where the first 3 bytes are the manufacture code. Since we are dealing with only one manufacture and the objective is to provide a unique device identification, only the 3 SS:SS:SS bytes are necessary.

The use of specific "out of range " values as error indicators requires no additional space and coding it really very simple. For example using final values greater than 100% for humidity. Adding an additional status packet is significantly more complicated and since as we know that packets are frequently not received this poses the risk of interpreting incorrect data as valid.

The MAC can be acquired for example by querying NRF_FICR->DEVICEADDR[] register (6 bytes), which contains the Static Random Bluetooth Address, which is randomly created and unique for every device, assigned during the nRF chip manufacturing process. The address is not a IEEE assigned Public Bluetooth Address, which I think is what you are referring to, so all the bytes (well, all but 2 bits) are random, and thus can’t be just discarded (without risking a collision).

Having the special values for errors still require special coding, on both sides (FW and client app). How do you intend to detect errors while querying the measurements?

An additional packet would be 100% optional, and thus not a requirement to be implemented (neither on the FW or on the client app), so being “more complicated” is not necessarily a bad thing in this case.

Thanks for info on DEVICEADDR.

BME280 likewise
or during SPI transfer
or during app_timer_create

It is a really bad thing to not process error information.

Good point on the battery voltage.

So to sum up the latest ideas/comments/suggestions here and on Slack after the original post above, the latest proposed format would be something like:

On a really quick look (without checking what kinda stuff the bme data and others actually contain), it looks correct-ish, though I’d prefer to have the voltage range from 1.6V to 3.647V rather than 1.7V to 3.747V, as I find the unlikely value of 1.6V more probable than 3.7V for the 3.3V battery. Not entirely sure how the packet counter would behave when it overflows though, but format-wise that looks correct-ish.

Thanks, I’ll adjust the voltage and make packet counter uint32_t just in case.
Do you already have settings for lis2dh12 interrupts? I was thinking about using interrupt 2 with high-pass filtering, maybe 0.1 G, both up and down.

uint32_t should be sufficient, based on my quick calculation, you’d have to run with 60ms interval for 8 years without reboots to overflow the counter. 16bit would overflow in less than 2 hours at 100ms interval.

I haven’t gotten that far with my adventures to the world of LIS2DH12 interrupts yet, so I don’t have anything usable yet.

Here’s a compiled, but not tested package: 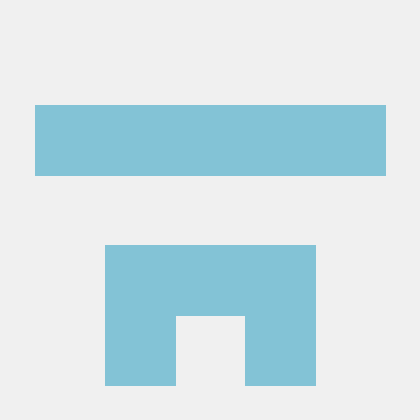 Contribute to ojousima/ruuvitag_fw development by creating an account on GitHub.

Contribute to ojousima/ruuvitag_fw development by creating an account on GitHub.

Looks very promising. I’ll test this as well when I get home

2.1.1 Has acceleration and MAC address fixed, sources & release are at Github
[EDIT] 2.1.2 has bugfix in accelerometer config