Has anyone seen issues with battery consumption with FW 2.5.9 ?

I updated all my 6 tags about a month ago. Some have been running since 2018, so they are not new (all original CR2477). The FW update itself takes energy, so the sudden drop in voltage is expected. Still it did not recover given time as before, but kept dropping more. Most are now going down much faster than before, one almost dead.

I know voltage goes down fast in the end of life (and my 1.8 low limit it quite low). Can it be that the FW update was just too much for old batteries, or has anyone seen similar?

I’m running RAWv2_SLOW, so expect less consumption than before. All these tags are inside, i.e. at stable temperature.

2.x firmware has synchronized battery measurements to radio activity. This gives a more realistic indication on how the battery is holding up during radio transmissions. https://blog.ruuvi.com/ruuvi-firmware-part-13-battery-measurement-synchronized-to-radio-a0a4dba1e002 has more details, in short this is what happens to battery during radio activity: 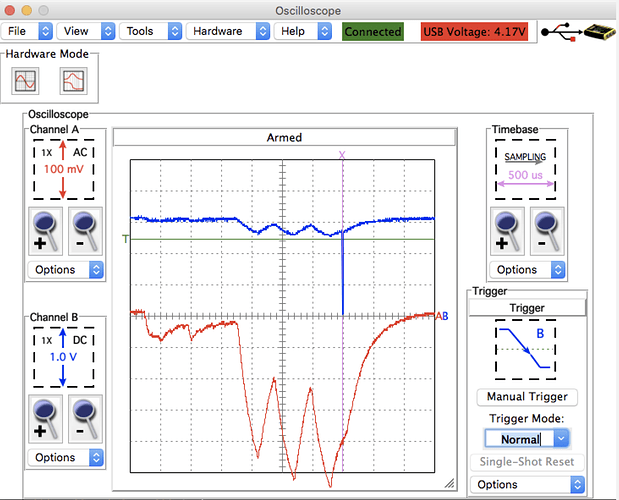 image1746×1410 431 KB
https://miro.medium.com/max/1746/1*k7G_LgJGAIZj5X6zGOrfkg.png
That drop doesn’t really show up new batteries, but it gets rapidly worse toward the end of life of the battery.

1.x reports the unloaded blue line, while 2.x reports voltage at the X-line of above image.

Could easily explain, batteries are getting old. I’ll replace and see.